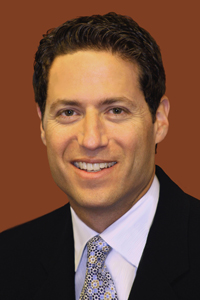 WASHINGTON, DC - Mark Shapiro, president and chief executive officer of Six Flags, will present a keynote address on Tuesday, April 15, during the NAB Show in Las Vegas. A veteran of the television industry, Shapiro is currently spearheading Six Flags' acquisition of Dick Clark Productions and the launch of Six Flags Media Networks.

In a keynote entitled From Theme Park to Third Screen, Shapiro is expected to discuss his newest media venture, Six Flags Media Networks. Scheduled to launch in March, the interactive media solution will allow advertisers to reach a captive audience by introducing new content, innovative technologies and experiential marketing opportunities that also serve to enhance the in-park experience for the guest.

Shapiro began working at Six Flags in December of 2005 and has used his extensive experience in brand building, marketing and consumer entertainment to examine new approaches to the distribution of family-friendly content. The acquisition of Dick Clark Productions in June of 2007 brings original content and a new digital media outlet to the Six Flags system of 21 domestic and international theme parks.

Prior to Six Flags, Shapiro worked at ESPN for 12 years, where he was ultimately named executive vice president of programming and production in 2002. In that capacity, Shapiro was responsible for the development, acquisition, scheduling and marketing of all programming for all ESPN channels. He also oversaw all remote and studio production for ESPN's domestic and international television and radio entities. ESPN earned 16 Emmys and two Peabody Awards during his tenure at the network.

In 2001, Shapiro was named one of The Hollywood Reporter's "35 Promising Executives on the Rise" and earned a spot on Entertainment Weekly's annual "101 Most Powerful People in Show Business" in 2003.