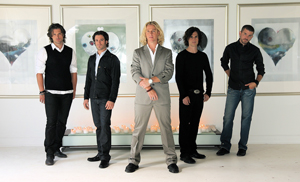 Collective Soul's debut album, Hints, Allegations and Things Left Unsaid became a breakthrough hit, with the single "Shine" pushing the album to platinum and helping launch a touring career with a performance at Woodstock in 1994. Since then, Collective Soul has had 21 tracks debut on the Billboard Chart, as well as seven number-one singles.

In 2004, Collective Soul released Youth, their debut album on the band's own independent music label, El Music Group. The debut single "Better Now" was the band's first Gold single, and was followed by the 2006 release of the live concert DVD titled Home. Collective Soul's latest album, Afterwards, will be released August 28, 2007.