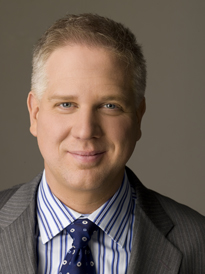 Heard on more than 270 radio stations, The Glenn Beck Program is currently the third highest-rated national talk show among adults ages 25 to 54.

Beck's radio career began at 13, when he won a local radio contest that eventually led to a part-time job. In 2001, he made his talk radio debut on WFLA-AM Tampa, where he took a program ranked 18th in the market to first within his first year. Shortly thereafter, The Glenn Beck Program went national, debuting on 47 stations in January 2002.

Beck's career expanded to television in 2006 when he joined CNN Headline News. His hour-long program, Glenn Beck, offers an unconventional perspective on the news of the day and has enjoyed substantial ratings growth in several different audience demographics.