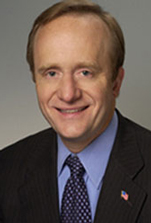 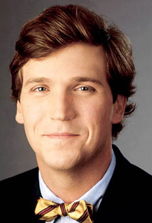 WASHINGTON, DC - The NAB Education Foundation launched a new public service announcement today commemorating National Freedom of Speech Week, October 15-19. The PSAs feature Tucker Carlson, host of MSNBC's Tucker and upcoming CBS game show Do You Trust Me?, and Paul Begala, Democratic political analyst for CNN. While the two pundits represent opposite ends of the political spectrum, each value the other's right to express opposing beliefs, they explain in the PSA. Produced for both radio and television, the PSAs are available to stations and communities throughout the country.

"Freedom of speech is fundamental to American democracy and a gift from our Founding Fathers," said NAB President and CEO David K. Rehr. "It is the bedrock of broadcasting and I urge local stations to remind all Americans of the importance of Freedom of Speech by airing these PSAs."

There are eight other PSAs for television and radio in addition to the Carlson/Begala PSAs. All are available in both English and Spanish and can be found online at NABEF's Web site. The site also includes a section entitled Programming Ideas for Stations. Examples include:

National Freedom of Speech Week was first launched in 2005 to highlight the importance of free speech, a constitutional right that is an essential part of sustaining our democracy.