-- Author to Give Radio Attendees Insight into 'Words That Work' -- 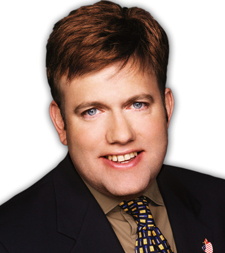 Luntz has been named one of four "Top Research Minds" by BusinessWeek, and among "50 of America's most promising leaders aged 40 and under," by Time magazine. Over the past decade Luntz has written, supervised and conducted more than 1,500 surveys, focus groups and dial sessions in over twenty countries. He has administered focus groups for numerous media outlets, including ABC, CBS and NBC, and won an Emmy Award in 2001 for his recurring segments on MSNBC and CNBC entitled "100 Days and 1,000 voices."

Luntz has also written op-ed pieces for The Wall Street Journal, The New York Times, The Los Angeles Times, The Financial Times and The Washington Post. Luntz has taught at Harvard and George Washington University and has lectured at over twenty colleges and universities throughout his career. In 1993, Luntz was the second youngest individual to be named a fellow at Harvard University's Institute of Politics.