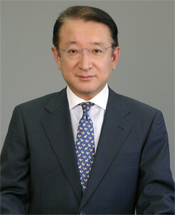 The Broadcast Engineering Conference provides a forum for engineers to discuss technology's impact on future trends in the broadcast industry. Nishiyama will discuss new broadcast services like mobile, HDTV, IPTV, and VOD and the opportunities these advanced services create for broadcasters. He will also discuss the various applications that make Ultra-HDTV, which offers 16 times the resolution of current HDTV, a promising technology for the future.

From 1989 to 1995, Nishiyama served as executive deputy president of NHK Enterprises America, Inc., where he played a major role in production of HD programs in the United States. He was later appointed associate director of the Engineering Administration Department, where he was responsible for developing broadcasting equipment for HDTV.

About NAB2007
NAB2007 will take place April 14 - 19, 2006 in Las Vegas (exhibits open April 16). It is the world's largest electronic media show covering the development, delivery and management of professional video and audio content across all mediums. Complete NAB2007 details are available at www.nabshow.com.