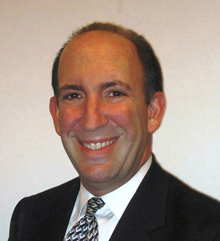 Williams, 46, starts at the broadcast trade association on January 29. He was selected following an extensive search process conducted by the search firm SpencerStuart.

Williams has held top financial positions at several multi-million dollar organizations, including executive vice president at the Motion Picture Association of America and executive vice president, finance and operations at the Recording Industry Association of America. During his nine-year tenure at RIAA, Williams helped create SoundExchange, a business that represents tens of thousands of recording artists and a number of record companies focused on accurate distribution of copyright royalty payments.

Williams began his career as a CPA, working at both Arthur Andersen & Co. and at Ernst & Young.

A native of Bethesda, Md., Williams is a CPA and holds a bachelor's degree in Accounting from the University of Maryland. Williams lives in Bethesda with his wife and four children.