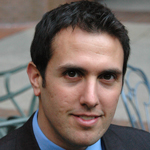 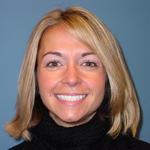 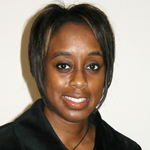 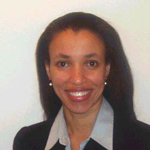 "A successful transition to digital television is in the best interest of every TV station in America and is the number one priority of the NAB Television Board," said NAB President and CEO David K. Rehr. "NAB's DTV transition team will be charged with educating the American public on the many benefits of DTV so that no TV set goes dark on February 18, 2009."

Dandridge, Ingram and Mamaux will report to Collegio, who joined NAB in late 2006 as vice president, digital television transition. Prior to joining NAB, Collegio was press secretary for the National Republican Congressional Committee. His career has also included stints as deputy chief of staff for Congressman Patrick McHenry (N.C.-10th District) and communications director for the Goli Ameri for Congress campaign in 2004. In addition to his work inside the Beltway, Collegio spent a year as associate producer for News 12 New Jersey, a cable news network. He holds a bachelor's degree from the University of Oregon and a master's degree from Rutgers University.

Myra Dandridge will serve as the digital television transition team's director of public affairs, coordinating a coalition of grassroots and membership organizations. Most recently, Dandridge served as communications director for the 43-member Congressional Black Caucus. She also served as the Florida state press secretary for the Kerry-Edwards Presidential campaign. She holds a bachelor's degree from Loyola University.

Shermaze Ingram will serve as the team's director of media relations, managing earned media. She most recently served as director of communications and events for Discovery Education, a division of Discovery Communications. Ingram also worked for The NewsHour with Jim Lehrer, where she worked as a business and national affairs reporter and later publicity manager. Prior to that, Ingram worked for Consumer Reports where she was promoted to editor. Ingram holds a bachelor's and master's degree from Columbia University.

Lale Mamaux will serve as the team's director of external relations, coordinating a coalition of trade associations, business organizations and local broadcasters. She previously worked as communications director for Congressman Robert Wexler (FL-19th District). In 2004, Mamaux worked as a press secretary in Florida for the Kerry-Edwards Presidential campaign. More recently she coordinated press for Congressman Tim Mahoney's 2006 congressional campaign. Lale holds a bachelor's degree from Mary Baldwin College in Staunton, VA and a master's degree from American University.