The NAB Spirit of Broadcasting Award is a special honor given periodically to individuals or organizations that have made a unique and enduring difference in improving the broadcasting industry. 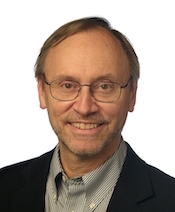 The National Association of Broadcasters (NAB) presented the Spirit of Broadcasting Award to veteran radio industry reporter Tom Taylor during the 2019 NAB Show in Las Vegas on Monday, April 8 at the NAB Show Opening Session.

Before turning to journalism, Taylor served as vice president of Programming and Operations for Nassau Broadcasting’s WPST/WHWH in Princeton, N.J. He also programmed WKQQ Lexington, Ky., and WCHL Chapel Hill, N.C. He was a Morehead Scholar at the University of North Carolina Chapel Hill. The second-generation broadcaster is the son of Bill Taylor, a former radio/TV personality in Orlando and radio general manager in Charlotte.

“Tom Taylor is a beloved friend of radio broadcasters and was daily chronicler of the industry for decades,” said NAB Executive Vice President of Communications Dennis Wharton. “Tom's love for the business of broadcasting is matched only by his journalistic integrity, and NAB is delighted to honor him for his lifetime of service to quality radio reporting.”