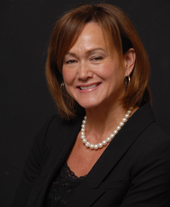 WASHINGTON -- NAB announced the hiring today of Sue Keenom as senior vice president, state associations. Keenom, who most recently served as executive director of the International Women's Forum Leadership Foundation, will manage the organization's outreach to the state broadcast associations. She will report to NAB President and CEO Gordon Smith.

"I have enormous respect for the role played by our state broadcast association members," said Smith. "Effective grassroots coupled with the contributions of our state association partners are paramount to the overall success of NAB. Sue Keenom is a trusted and proven leader, and I am honored that she has decided to join our organization."

"I am very excited to join the NAB team and look forward to working closely with the state broadcast associations," said Keenom. "NAB is a tremendous organization and I am pleased and honored to be a part of it."

Prior to heading the International Women's Forum Leadership Foundation, Keenom served for 12 years on the staff of Senator Smith in the U.S. Senate, capping her tenure in his office as director of administration. Prior to that, she was an assistant vice president for First Interstate Bank of Oregon. She began her professional life with Citicorp in Walnut Creek, Cal. and shortly thereafter moved to New York City where she worked for Citibank. She has a background in program and administrative management, fundraising and event planning.

A Portland, Ore. native, Keenom graduated from the University of the Pacific in Stockton, Cal. with a bachelor's degree in Communications