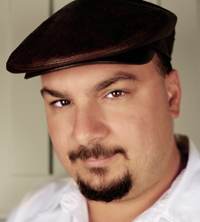 WASHINGTON, DC - Anthony Zuiker, executive producer and creator of the CSI television franchise, will speak on Monday, April 14 during the NAB Show in Las Vegas.

In addition to a fascinating story about his personal path to fame, Zuiker will show how creative ideas, great talent and a healthy dose of risk can open new pathways for existing brands. He will explain why promoting fresh content to a young audience is so important.

With CSI: Crime Scene Investigation, Zuiker has mixed traditional television with evolving broadband opportunities to create one of the highest-rated franchises in television history. The CSI franchise, which also includes CSI: Miami and CSI: NY, regularly appears in Nielsen's weekly Top 10 broadcast ratings and has earned 28 Emmy nominations. Prior to CSI, Zuiker scripted monologues for casting auditions. In 1999, one of his monologues was transformed into the script for The Runner, a feature film.

Arrangements for the appearance of Anthony Zuiker were made through New York-based Greater Talent Network, Inc.

About the 2008 NAB Show
The NAB Show will take place April 11 - 17, 2008 in Las Vegas (exhibits open April 14). It is the world's largest electronic media show covering the development, management and delivery of content across all mediums. Complete details are available at www.nabshow.com.