WASHINGTON, DC --Federal Communications Commission Chairman Kevin Martin will participate in a one-on-one interview with NAB Radio Board member Russ Withers, owner of Withers Broadcasting Companies, during a breakfast session on Thursday, September 18 at The NAB Radio Show in Austin.

"One-on-One with Chairman Martin" will begin at 7:15 a.m. and be immediately followed by the Group Executives Super Session Breakfast sponsored by Liquid Compass.

As previously announced, FCC Commissioner Jonathan Adelstein will also participate in this year's NAB Radio Show. Adelstein will be interviewed by NAB Radio Board Chairman Steve Newberry, president and CEO of Commonwealth Broadcasting Corporation, during "Breakfast with the Commissioner" on Friday, September 19. 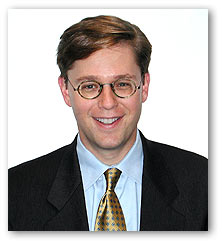 About the NAB Radio Show
The NAB Radio Show is the largest annual convention for radio. This year's show, Sep. 17- 19 in Austin, delivers a one-of-a-kind networking opportunity for station professionals representing all format and market sizes and is co-located with the R&R Convention. More information about The NAB Radio Show is available at www.nabradioshow.com.