--Content Executives from AT&T and Verizon To Discuss Video Initiatives-- 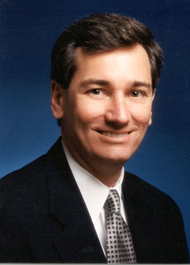 WASHINGTON, D.C. - Walter B. McCormick Jr., president and CEO of the United States Telecom Association (USTelecom), will present a keynote at the Telecom2008 conference on Monday, April 14 during the NAB Show. McCormick's keynote, which will outline the state of the broadband industry, will be followed by a discussion with two executives from AT&T and Verizon, who will explore how their companies are bringing the broadband revolution to television, communications and entertainment.

Titled, "State of Broadband: Next Generation Networks and the Future of Entertainment," McCormick's keynote will address high-speed Internet services that are driving innovation in communications, entertainment, health care, education and beyond.

Following McCormick's speech, two of the most influential voices at the intersection of content and communications, Dan York, AT&T executive vice president of programming and Terry Denson, vice president-content strategy and acquisition Verizon, will discuss their respective companies' video initiatives. AT&T and Verizon are investing billions of dollars to build advanced communications infrastructure across the country and to deliver new television services to millions of Americans. The executives will discuss what this means for the broadcasting community and what the future may hold for consumers in a broadband world. The discussion will be moderated by Regina Hopper, executive vice president of USTelecom.

With more than 25 years experience in telecommunications, McCormick joined USTelecom in 2001 and has guided the organization's evolution into one of the top trade associations in the nation's capital. Prior to USTelecom, McCormick served as president & CEO of the American Trucking Associations. His background also includes service as General Counsel of the U.S. Department of Transportation; as General Counsel of the U.S. Senate Committee on Commerce, Science and Transportation; and as a partner with Bryan Cave LLP, an international law firm of more than 500 lawyers, where he headed the practice group on Regulatory Affairs, Public Policy and Legislation.