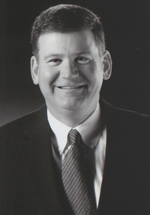 Cole serves as chairman of the Board of Governors of the ABC Television Affiliates Association. He was first elected to the board in 2004 and was elected chairman in 2006. Cole also serves on the Nielsen Media Research A2/M2 Client Advisory Committee.

Cole is a graduate of Briar Cliff University. In 2006, he was named Briar Cliff's "Distinguished Alumnus of the Year."