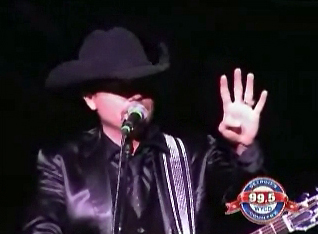 WASHINGTON, DC -- Sixteen additional lawmakers have signed-on to a bipartisan House resolution opposing the introduction of "any new performance fee, tax, royalty, or other charge" on local radio stations. The growing chorus of support for The Local Radio Freedom Act now stands at 126 and comes on the heels of recent comments made by Country star John Rich who praised WYCD-FM Detroit for helping change the course of his career.

Speaking on stage during the station's "Ten Man Jam" concert last week, Rich, who makes up half the famed Country duo 'Big & Rich,' credited the local radio station for helping his career. "Let me tell you four letters that mean a whole lot to me," Rich told the crowd of fans. "Four letters that have changed the course of my career. Four letters out of 26. W-Y-C-D."

The House resolution counters legislation supported by the Recording Industry Association of America (RIAA), which would require local radio stations to pay a new fee for music aired free to listeners. The musicFIRST Coalition, an organization backed by RIAA, is seeking support for the RIAA-backed legislation this week and hosting an event on Capitol Hill today boasting the participation of several performing artists.

Commenting on the musicFIRST event, NAB Executive Vice President Dennis Wharton said, "NAB welcomes an honest debate over whether radio stations or the record labels have historically been a 'better friend' to musicians. Since the days of Count Basie, there have been two constants in music: free radio airplay has propelled the financial success of countless performers, and those same artists have been systematically abused by the labels. For RIAA to now use artists as a shield in their quest for a performance tax is utterly cynical and hypocritical."

Wharton noted that in addition to the estates of Count Basie and Benny Goodman, numerous other artists have filed lawsuits against their record labels in recent years, including the Beatles, Travis Tritt, James Blunt and the Allman Brothers.

The National Association of Broadcasters is the premier advocacy association for America's broadcasters. As the voice of more than 8,300 radio and television stations, NAB advances their interests in legislative, regulatory and public affairs. Through advocacy, education and innovation, NAB enables broadcasters to best serve their communities, strengthen their businesses and seize new opportunities in the digital age. Learn more at www.nab.org.