Congress should not mandate a performance tax on free, local radio stations that would jeopardize local jobs, prevent new artists from breaking into the recording business and harm the hundreds of millions of Americans who rely on local radio.

Broadcasters urge legislators to support the Local Radio Freedom Act, which opposes a performance tax, and that last Congress was supported by more than 250 bipartisan members of the House and Senate.

The National Association of Broadcasters (NAB) supports initiatives that will improve diversity in broadcasting and create new opportunities for women, people of color and other underrepresented communities. Since 2000, the NAB Leadership Foundation has a strong track record of preparing women and people of color to purchase and run radio and television stations. But the most impactful program to expand diversity in broadcast ownership – the Diversity Tax Certificate Program – was eliminated by Congress in 1995. Broadcasters support legislation to reinstate this successful program and to eliminate barriers that prevent ownership of local TV and radio stations by underrepresented individuals.

Congress should not pass legislation that hurts free, local broadcasting by modifying the tax laws to make advertising more expensive for businesses. Advertising is currently treated as an ordinary and necessary business expense – just like salaries, rent and utilities – under the U.S. tax code. This means a business can fully deduct the expense in the year it was incurred.

Some in Congress have suggested changing the tax treatment of advertising for specific types of products, such as pharmaceuticals. This modification would have a devastating impact on local radio and television stations who rely on advertising revenue to survive and the listeners and viewers they serve. It also raises significant First Amendment concerns and ignores the important consumer benefits that advertising provides.

Preserving Local Journalism in the Age of Big Tech

Local radio and TV stations provide a lifeline for our communities. From investigative reports to breaking news and weather coverage, they invest significant resources to keep Americans informed about critical events. And while misinformation runs rampant on other platforms, broadcasters provide “just the facts” reporting, utilizing fact checking teams to provide the most trusted news to communities.

The overwhelming power of big tech gatekeepers is threatening Americans’ access to quality local journalism. The size of the platforms, such as Google and Facebook, dwarf local TV and radio stations. Not only do these tech giants pose major threats to advertising revenue, but they are gatekeepers of online content, exerting power over what internet users access and how advertisers reach them. When big tech wins, local communities lose. 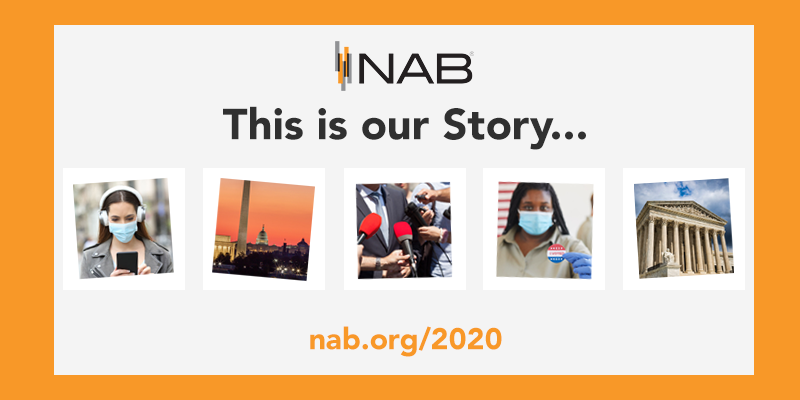 Who are America's broadcasters, and how is broadcasting different from cable, satellite or web services? 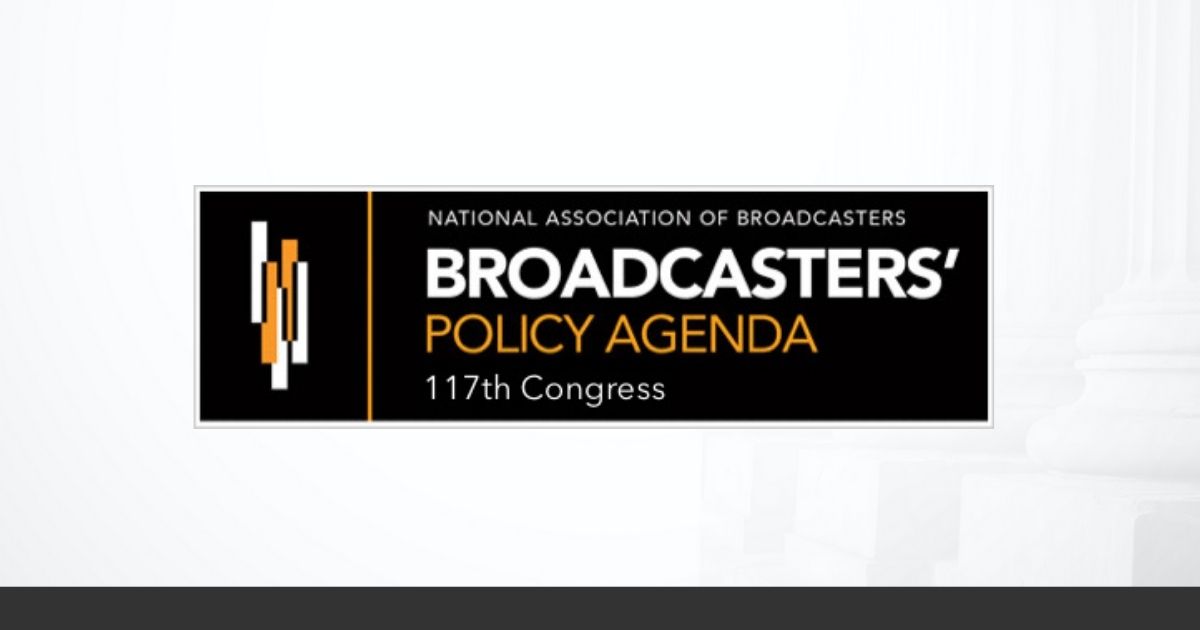 As the premier trade association for broadcasters, NAB advances the interests of our members in federal government.

As the most trusted sources of news and information available on every device, local TV and radio stations deliver the breaking news and emergency updates communities rely on and provide the music and shows they love most. America's broadcasters are a vital part of every community and their dedication to helping their communities sets them apart from other mediums. Local radio and television stations raise millions of dollars for charity, assist in rescuing kidnapped children with AMBER Alerts and create awareness about important health and safety issues. Learn more at WeAreBroadcasters.com.

Broadcasters look forward to working closely with members of the 117th Congress to ensure our listeners and viewers – your constituents – continue to have access to the important local news, emergency information, sports and entertainment programming on which they rely.

For more information, please do not hesitate to contact the NAB advocacy team:

The National Association of Broadcasters is the voice for the nation's radio and television broadcasters. As the premier trade association for broadcasters, NAB advances the interests of our members in federal government, industry and public affairs; improves the quality and profitability of broadcasting; encourages content and technology innovation; and spotlights the important and unique ways stations serve their communities. Visit NAB.org to Learn More