The National Association of Broadcasters is the voice for the nation's local radio and television stations and their network partners. NAB advances the interests of our members through advocacy, education and innovation.

In 2023, the National Association of Broadcasters is celebrating its centennial year and 100 years of incredible public service by America's local TV and radio stations. For a century, NAB has been proud to be the voice of America's broadcasters in our nation's capital.

Broadcasters deliver the most trusted news to their communities, shining a light on injustice and corruption. They raise awareness of important health and social issues, provide a lifeline during emergencies and keep their listeners and viewers safe and informed.

We are pleased to share this overview of broadcasters' vital role in every town and city across the country and our policy priorities in the 118th Congress. 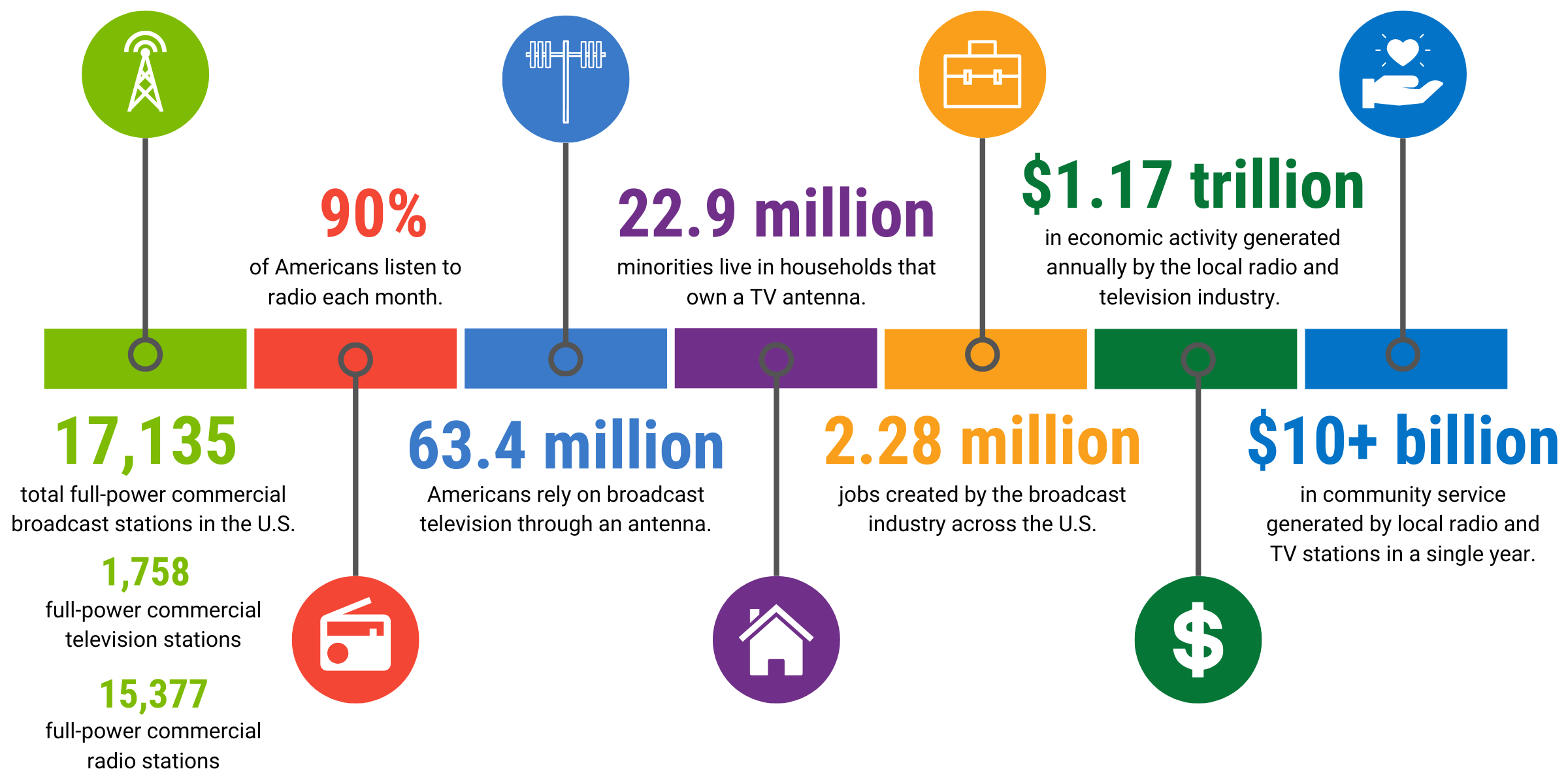 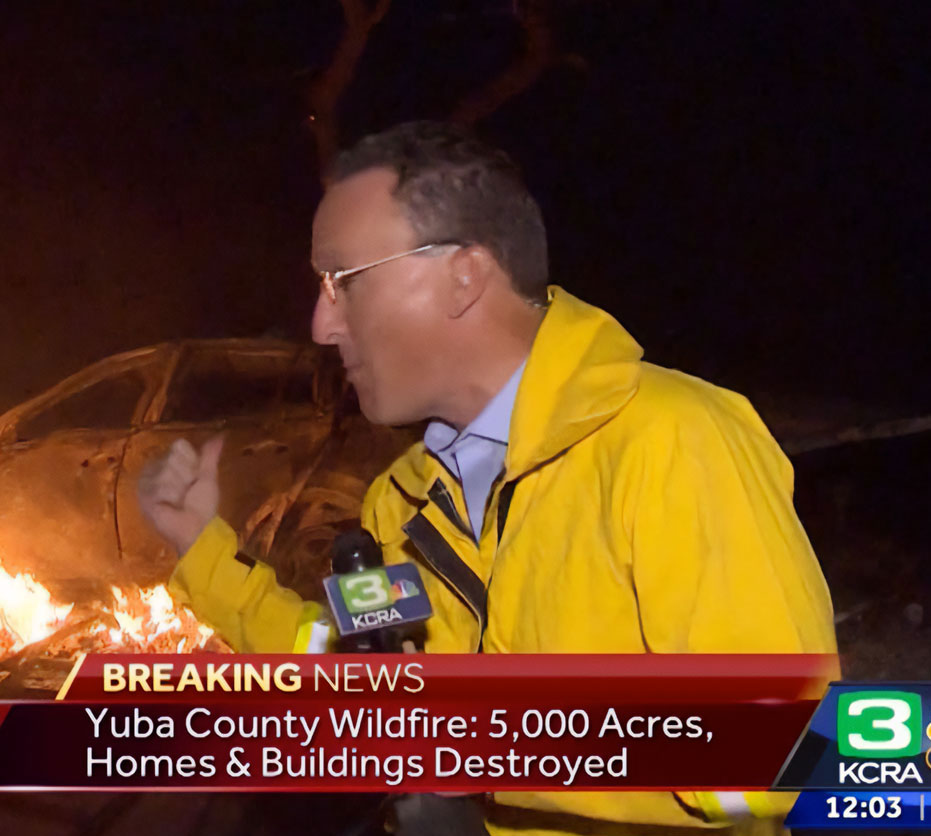 As first informers, local broadcasters take seriously their commitment to bring critical updates to their listeners and viewers, even risking their own health and safety to provide a lifeline during times of crisis.

Because of the strength of the broadcast infrastructure and the power of the airwaves, local radio and TV stations are often the only available communications medium during disasters, when cell phone and wireless networks can be unreliable.

From the COVID-19 pandemic to ravaging storms and wildfires, local radio and television stations are always there for their communities to provide breaking news alerts, round-the-clock reporting and live social updates to keep their communities out of harm's way.

Every day, radio and television broadcasters exercise their First Amendment rights of freedom of speech and of the press to deliver essential, fact-based news and investigative reports to keep their communities safe, informed and connected.

As the most trusted source of news, our nation's local broadcasters take seriously their role of bastions of the First Amendment, shining a light on injustice and reporting the facts without fear or favor. A free press is essential to our democracy and for keeping all Americans informed and connected during challenging times.

Local stations' award-winning investigative news units uncover government corruption, question those in power and expose those who abuse their positions. And during elections, broadcasters report just the facts about the candidates and the issues – unlike the misinformation found on social media. This valuable investigative work improves the quality of life within communities and provides viewers and listeners with the facts they need to be informed citizens. 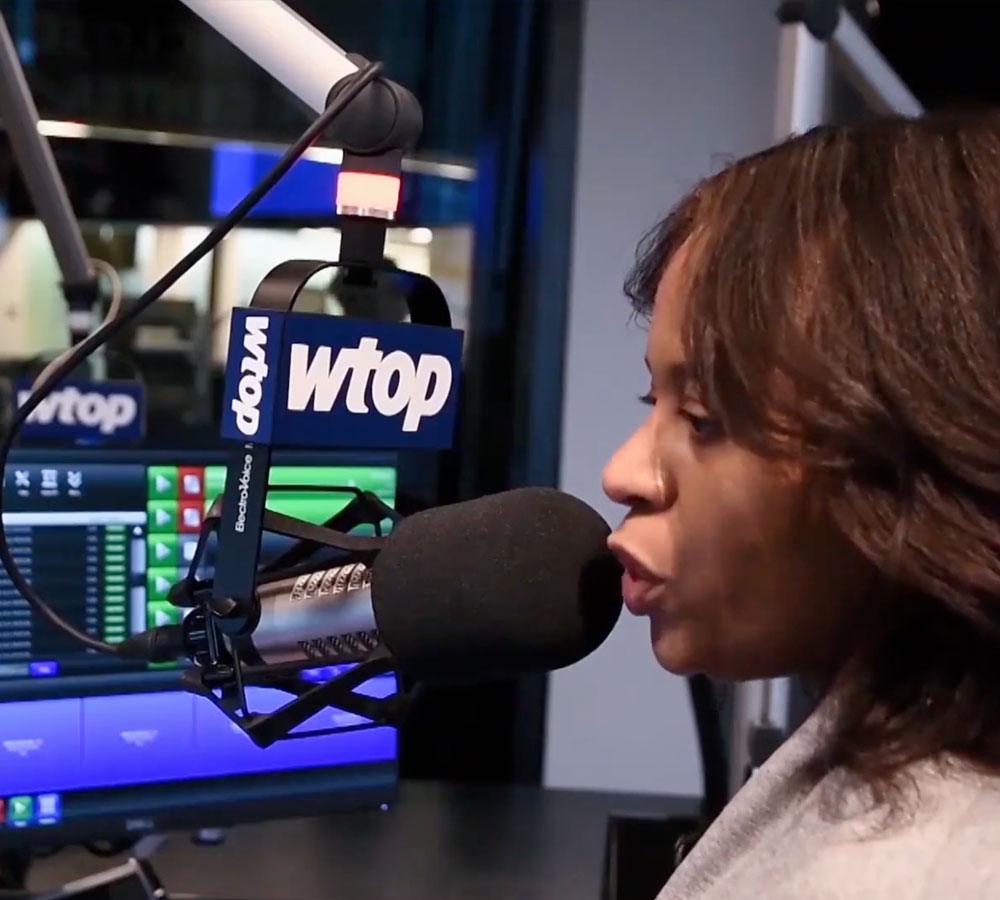 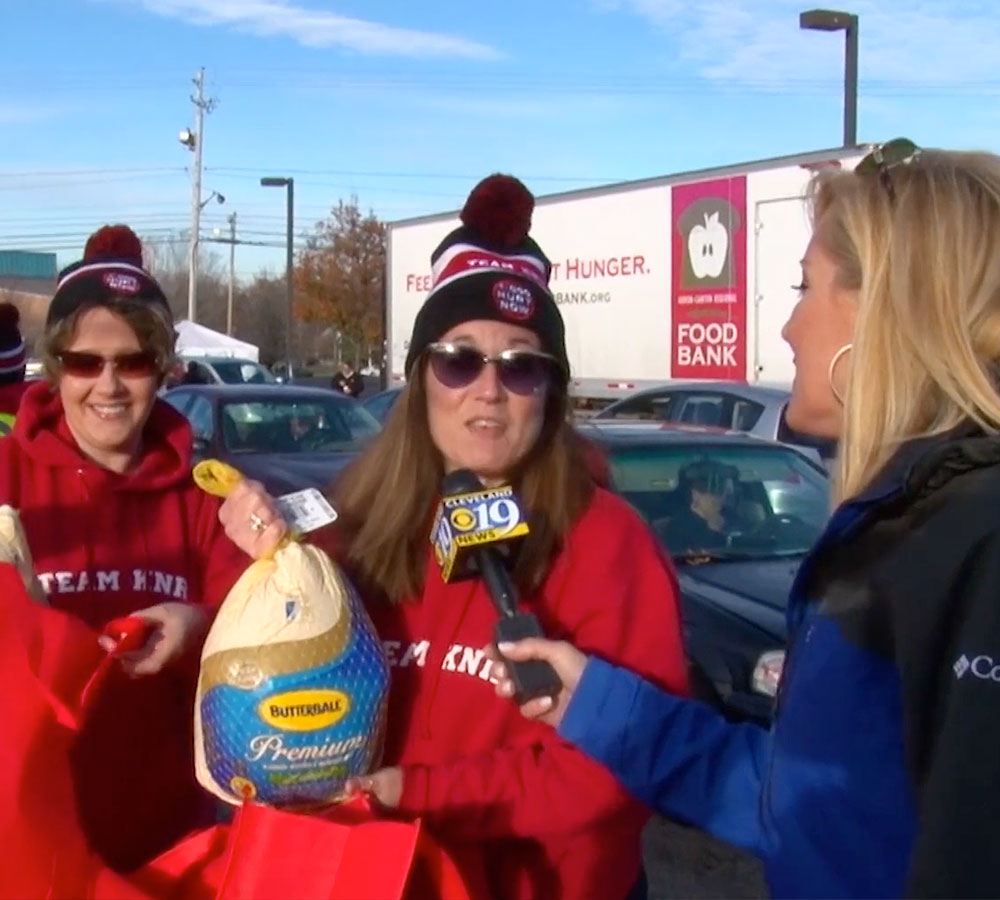 From food collections, disaster relief and voter education efforts to sharing vaccine information and hosting fundraisers and telethons, broadcasters' tremendous dedication to helping our communities sets them apart from other mediums.

Broadcasters generate more than $10 billion in community service in a single year – an astounding number that reflects the work of thousands of local stations that strive every day to help their communities in unmatched ways.

Broadcasters are launching innovative technologies that expand the delivery of their highly valued content to listeners and viewers across emerging platforms. Through an antenna, viewers have more choices than ever on broadcast radio and television - for free.

Local television stations are excited about NEXTGEN TV, the future of broadcast television. This new technology standard allows stations to provide better pictures and sound, personalize their broadcasts with local information and interactive features, and provide advance alerting about impending storms and other emergencies. Learn more at WatchNextGenTV.com.

Many local radio stations are available online, through apps and on smart speakers, allowing listeners to access their favorite hometown station from anywhere.

Broadcasters are actively working with automakers and internet service providers around the globe to develop the next generation of radio and provide engaging user experiences in the connected car and beyond. 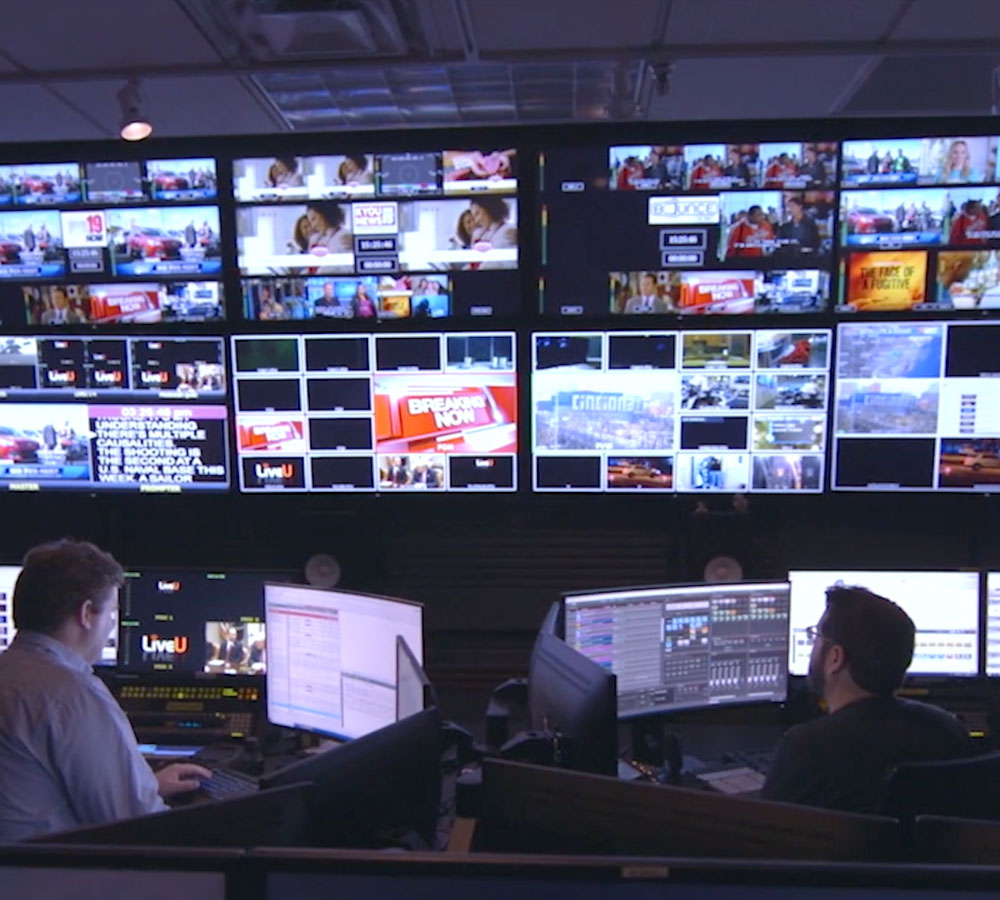 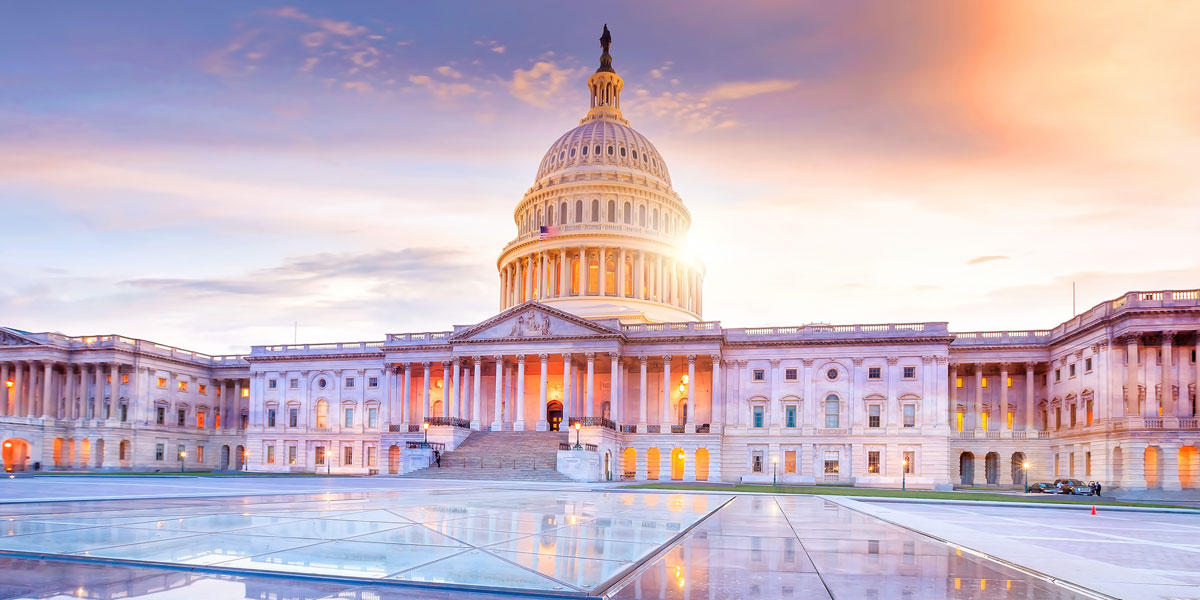 NAB advocates on the issues that impact the ability of local TV and radio stations and their network partners to serve your constituents. To learn more about the policies that broadcasters are focused on in the 118th Congress, visit nab.org/advocacy.

A free press is the bedrock of American democracy. For over a century, broadcasters and their teams of journalists have served the public interest by bringing truth to light. Unfortunately, the dominance of Big Tech platforms threatens this vital role.

Even as broadcasters' free, accessible and reliable content remains in high demand, it is being undermined. The digital revolution and the exponential growth of the internet have fundamentally altered the media and advertising landscape.

Here is the problem: Local broadcast stations must be available on all platforms and every device to remain relevant to audiences and advertisers. But Big Tech platforms have a stranglehold on digital advertising and can dictate what, if any, revenue share broadcasters receive for their valuable content.

The dominance and behavior of these platforms have resulted in "take-it-or-leave-it" offers for broadcasters' valuable content. Local stations have little power to negotiate because they would lose access to hundreds of millions of consumers if they declined to publish their content online.

Local journalism is now at risk due to this unchecked competitive power held by a handful of dominant digital players.

At the same time, local broadcasters continue to be subject to outdated rules restricting their scale and scope, making it even more difficult to compete with digital behemoths, which are allowed unregulated and unfettered growth.

Congress has recognized the importance of having up-to-date broadcast ownership rules and requires the Federal Communications Commission (FCC) to review these rules every four years to repeal or modify those no longer necessary. Unfortunately, as of January 2023, the 2018 review has still not been completed.

As competition from Big Tech increases, policymakers should urge the FCC to modernize TV and radio ownership rules to reflect the current marketplace and account for the rise and influence of digital media. This is particularly important as it relates to restrictions on local radio ownership, which have not changed since 1996. To continue offering a free service available to all, broadcasters must be able to compete on a level playing field for audiences, advertising and investment.

Broadcasters Foot the Bill for Big Tech at the FCC

Finally, the FCC should not require broadcasters to pay more than their fair share in regulatory fees. The Commission is required to assess and collect regulatory fees every fiscal year to recover the costs of carrying out its functions. There are currently numerous services covered by FCC regulation that do not pay these fees, leaving broadcasters to subsidize the FCC's costs of regulating other industries. Broadcasters provide a free public service and are unable to recoup these costs. Regulatory fees impact stations' operating budgets, hurting their ability to provide critical local news and information and compete in the media marketplace.

Congress should support laws and policies that recognize and uphold broadcasters' essential role in democracy and ensure their ability to compete and continue serving their communities. This includes supporting the FCC's modernization of TV and radio ownership rules and urging the FCC to allocate regulatory fees more equitably.

Broadcasters strongly support the Local Radio Freedom Act (H. Con. Res. 33, S. Con. Res. 9, 117th Congress), a resolution that opposes a performance tax and was supported by more than 250 bipartisan members of the House and Senate during the 117th Congress – including a majority of the House of Representatives.

Strong congressional support for local radio was also made clear in the 2018 enactment of the Music Modernization Act, legislation that did not contain a performance tax and benefited songwriters, legacy recording artists, producers, digital streaming services and music listeners.

Broadcasters stand ready to work with Congress and the recording industry on a balanced music licensing proposal that promotes innovation and recognizes the benefit to artists and listeners of radio's free, locally focused platform.

Congress should stand up for local radio station listeners by opposing a performance tax.

Allow Broadcasters to Continue to Negotiate in the Free Market

Congress has recognized that local stations must be able to negotiate for the value of their signals in a process known as retransmission consent to keep pace in an incredibly competitive marketplace. This provides more choice for viewers and resources for stations to invest in local news, public affairs programming and emergency weather coverage.

Congress has consistently reaffirmed the importance of this process, most recently in passing the Satellite Television Community Protection and Promotion Act of 2019 (STCPPA). This law reformed and made permanent key elements of this system.

As viewers increasingly turn to streaming platforms to watch broadcast content, NAB also supports the Federal Communications Commission refreshing the record as it considers whether retransmission consent rules should apply to streaming services.

Broadcasters urge policymakers to continue reaffirming the importance of the retransmission consent system.

Broadcasters are Working to Ensure a More Diverse Workforce

Broadcasters are committed to ensuring a diverse workforce and creating new opportunities for women, people of color and other underrepresented communities.

Since 2000, the NAB Leadership Foundation's cornerstone initiative has been the Broadcast Leadership Training program, which has a strong track record of preparing women and people of color to purchase and run radio and television stations.

However, access to capital remains one of the primary barriers to media ownership.

Unfortunately, the most impactful program to expand diversity in broadcast ownership – the Minority Tax Certificate Program – was eliminated by Congress in 1995. That program had provided tax incentives to those who sold their majority interests in broadcast stations to minorities, and broadcasters support legislation to reinstate it.

Reinstating this proven program would encourage investment in broadcast station ownership for women and people of color and dramatically help underrepresented voices realize their dreams of owning a station.

Congress should pass the Broadcast VOICES Act to help ensure station owners are as diverse as the communities they serve.

Changes to the Tax Treatment of Advertising Hurt Local Media

Under the U.S. tax code, advertising is treated as an ordinary and necessary business expense deductible in the year it is incurred.

In the last few years, some in Congress and state legislatures have proposed changes to the tax treatment of advertising to raise revenue. This would have a devastating impact on radio and television stations, as well as local newspapers, by making it more costly for businesses to advertise.

Congress should oppose legislation that modifies the tax laws to make advertising more expensive for businesses.

The Future of Television is On the Horizon

The next generation of broadcast television can deliver lifesaving advanced emergency alerting, stunning pictures, immersive and customizable audio and improved reception to enhance and expand the broadcast viewing experience.

NEXTGEN TV combines the best features of broadcast television and broadband, allowing local stations to better personalize their broadcasts with information and interactive features to give viewers the content that is most relevant to them.

The FCC has approved voluntary use of the Next Generation TV standard, which requires no additional spectrum and no government subsidies. To date, this free over-the-air service is available to more than half of all U.S. households.

As broadcasters continue to invest in the future of television, Congress can help by urging the FCC to maintain a reasonable, flexible framework for NEXTGEN TV deployment. To learn more about the next generation of television, visit WatchNextGenTV.com.

The Congressional Broadcasters Caucus, a bipartisan group of members of Congress, educates other policymakers about broadcast-related issues and the importance of local radio and television stations to millions of Americans.

Recognizing the critical role broadcasters play in their local communities, the Caucus discusses issues significant to the broadcast industry, specifically local radio and television stations, and other forms of broadcast journalism.

In the 118th Congress, broadcasters look forward to working with legislators on policies that allow local stations to thrive and compete in an evolving media landscape. For more information on the issues affecting local radio and television stations, please contact the National Association of Broadcasters' advocacy team.