Is Big Tech a Threat to Local Media?

Local radio and TV stations are at the heart of our communities – from shining a light on corruption to preparing you for the big storm. Their journalists ensure the news you need is at your fingertips by taking their reporting from the airwaves to websites and social media.

But the overwhelming power of Big Tech gatekeepers is threatening Americans’ access to quality local journalism. The size of the platforms, such as Google and Facebook, dwarf local TV and radio stations. Not only do these Tech Giants pose major threats to advertising revenue, but they are gatekeepers of online content, exerting power over what internet users access and how advertisers reach them.

News is costly to produce, and stations invest big money to keep reporters in their local communities. 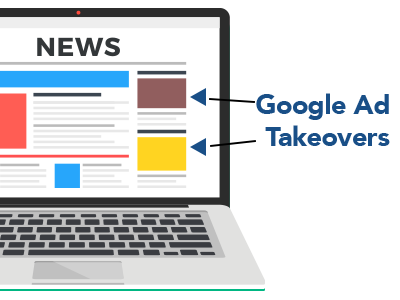 When you see local news on your Facebook feed or Google search, it's likely coming from your hometown station or newspaper. Awesome, right? Big Tech is helping local media get news to a broader audience!

But not so fast...Big Tech is also making money off the backs of local journalists through advertisements and sponsored content, and because they are business behemoths, they dictate what you see and how the creators of the content are compensated.

Big Tech's Advantage: Capitalizing on Local News and Diverting Dollars Into their Own Coffers

The business practices of the Tech Giants prevent local stations from recouping their investment in local journalism, as these platforms exert enormous influence over what online content is eligible to be monetized. Big Tech controls the share of revenue they retain and the amount passed on to the content providers, who ironically bear the costs of producing the quality journalism that benefits the platforms.

This takes ad dollars away from stations that would reinvest them in serving the community and diverts them to the Tech Giants. For example, local broadcasters see at best a little more than half of the revenue from video ads on YouTube, and Facebook reportedly offers the same revenue share for instream ads.

In fact, a 2021 report by BIA Advisory Services focusing on Google Search and Facebook News Feed found that local broadcasters lose an estimated $1.873 billion annually by providing their content to these platforms.

And because of the size and power of Big Tech, their policies are almost always "take-it-or-leave-it." Even though they disadvantage local stations, there is little power to negotiate with the Tech Giants because broadcasters would lose access to hundreds of millions of consumers if they simply declined to publish their content on these platforms.

This overwhelming power was on full display recently when Facebook chose to block all news content from Australia to avoid compensating news publishers in that country. They later reversed the decision, but it was too late – Facebook had already shown its true colors and abused its dominant market power. 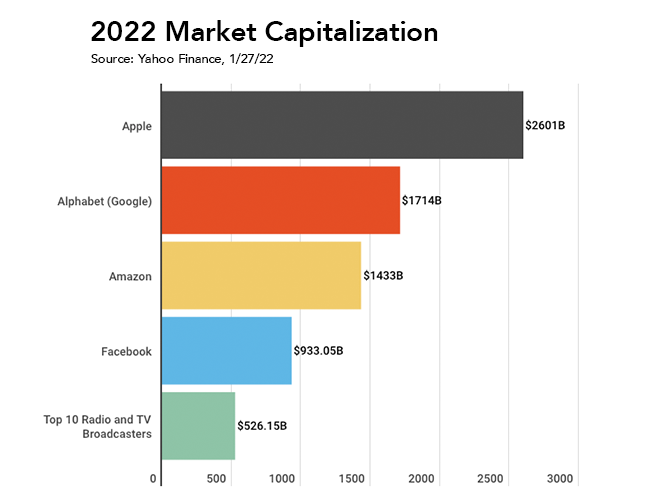 Additionally, the individual ad revenues of each of the Tech Giants dwarf those of the entire broadcast industry. 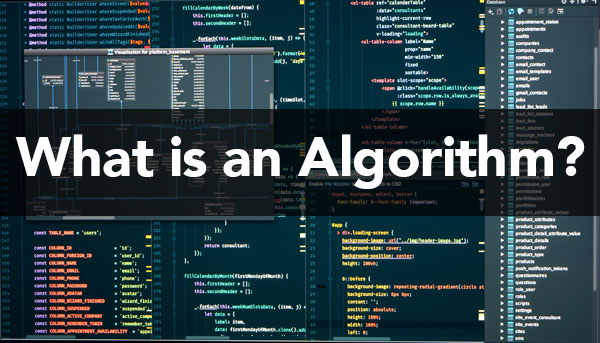 An algorithm is a complex formula used by platforms to determine what sources and articles appear to users.

What You See Online is Big Tech's Call, Not Yours

Local broadcast news and information is available anywhere and everywhere their audiences may be – on air, on websites, social, mobile apps, etc. But Tech Giants exert enormous influence over what content you see on their platforms through their algorithms.

Tech Giants can adjust their algorithms to favor certain news sources over others on their platforms, sometimes steering you towards controversial content over high-quality journalism and changing the rankings of search results.

And the app gatekeepers can pick and choose which mobile apps are available for you to download based on arbitrary and subjective guidelines.

What Happens When Local News Dies

Broadcast radio and television stations remain as the last bastion of local and investigative journalism in many communities. But without the financial support of ad revenue, local newsrooms may downsize significantly, robbing the community of its voice.

Without someone to shine a spotlight on local government, health care, education and the environment, communities see less accountability in communities and the public is less informed. This has been proven to decrease voter turnout and civic engagement and even leads to higher crime in communities.

Can You Trust News Online?

Misinformation thrives on social media, where engagement - not the quality of the source or the journalism - drives popularity.

The video on the right by The Cipher Brief explains how disinformation campaigns can thrive via social media and how news consumers can avoid falling into traps. 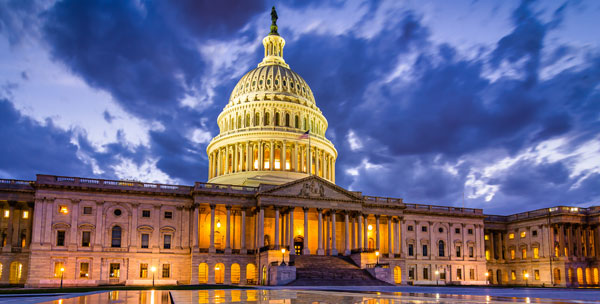 What Can We Do?

Many members of Congress are already working on solutions that will allow broadcasters and other news publishers to negotiate with Big Tech about how their content can be shared online. Tell your legislators how much you value your local stations and ask them to stand up for listeners and viewers like you by supporting the Journalism Competition and Preservation Act.

Click here to download an NAB issue sheet on preserving local journalism in the age of Big Tech.

Big Tech in the News