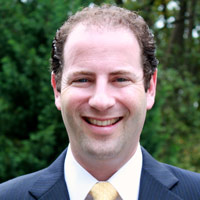 In his current role, Mr. Kaplan is responsible for directing NAB’s advocacy at the Federal Communications Commission (FCC) and other federal agencies. Mr. Kaplan also manages all NAB’s legal affairs, including litigation and regulatory compliance.

Prior to joining NAB, Mr. Kaplan served in a number of leadership capacities at the FCC. During his three-plus years at the FCC, Mr. Kaplan was the chief of the Wireless Telecommunications Bureau, chief counsel to Chairman Julius Genachowski and chief of staff and media advisor to Commissioner Mignon Clyburn. Mr. Kaplan also played a leading role at the FCC in reviewing nearly every major transaction brought before the agency during Chairman Genachowski’s tenure. These included Comcast/NBCU, AT&T/T-Mobile, AT&T/Qualcomm, DISH/DBSD and TerreStar and Verizon Wireless/SpectrumCo and Cox.

As chief counsel, Mr. Kaplan managed the Commission’s overall policy agenda and was responsible for policy coordination among each of the bureaus and offices. During that time, Mr. Kaplan worked with Congress on the passage of its groundbreaking incentive auction legislation, negotiated a resolution to the nearly decade-old TV white spaces proceeding, brought to decision rules requiring wireless carriers to offer data roaming on commercially reasonable terms and helped navigate an evolution in the retransmission consent marketplace, ensuring that the government did not unnecessarily interfere with private market negotiations.

Before joining the Commission, Mr. Kaplan practiced appellate litigation and regulatory law at Sidley Austin LLP and served in the Office of the General Counsel at the U.S. House of Representatives. At the U.S. House, Mr. Kaplan helped orchestrate the Judiciary Committee’s successful and historic litigation in the U.S. District Court for the District of Columbia to obtain documents and testimony from White House officials in the face of claims of executive privilege. Mr. Kaplan began his legal career as a law clerk for Judge Harry T. Edwards of the U.S. Court of Appeals for the D.C. Circuit. Prior to his legal career, Mr. Kaplan founded and operated a sports management and public relations agency that represented and served professional athletes and sports-related organizations. Kaplan earned his Juris Doctor from Columbia Law School, where he served as editor-in-chief of the Columbia Law Review, and his undergraduate degree from Wesleyan University.